Curator Dr Peter Higgs examines a statue of a woman from around 150 to 100 BCE, before it was packaged for transport to Australia. Photo: British Museum.

The Canberrans will be able to travel back in time to ancient Greece in December, when a successful exhibit of period artifacts opens at the National Museum of Australia (NMA).

Showcasing 180 objects that explore the theme of competition through sport, politics, theater, music and warfare, the British Museum’s collection will be on display under the banner “ Ancient Grecs: Athletes, Warriors and Heroes ” in this Olympic year.

It will include black and red figured ceramics featuring finely drawn representations of athletes, gods and citizens; superb statues and reliefs in marble; bronze figurines; weapons and armor; toys and games; fine gold jewelry; and coins.

These objects have never been seen in the southern hemisphere before and will be on display at the NMA for more than four months.

The NMA claims that artistic, physical and intellectual competition invaded ancient Greek society, which in turn influenced language, politics, education systems, philosophy, science and the arts across the world.

NMA Director Dr Mathew Trinca said he was delighted that the show, which celebrates the sporting prowess of the old Olympics, will now close the rescheduled 2021 Olympics in Tokyo, Japan after a 12-month delay. months due to the COVID-19 pandemic.

“We are delighted that we can finally bring the ancient Greeks to the public on the east coast after a 12 month delay,” he said. “With COVID-19 still among us and Australians looking for exciting experiences at home, this show really does the trick.

“I know the audience will be mesmerized by the stories of competition in the ancient Greek world and by the beautiful depictions of athletes, ceramics, sculptures, armor and jewelry presented in the show.” 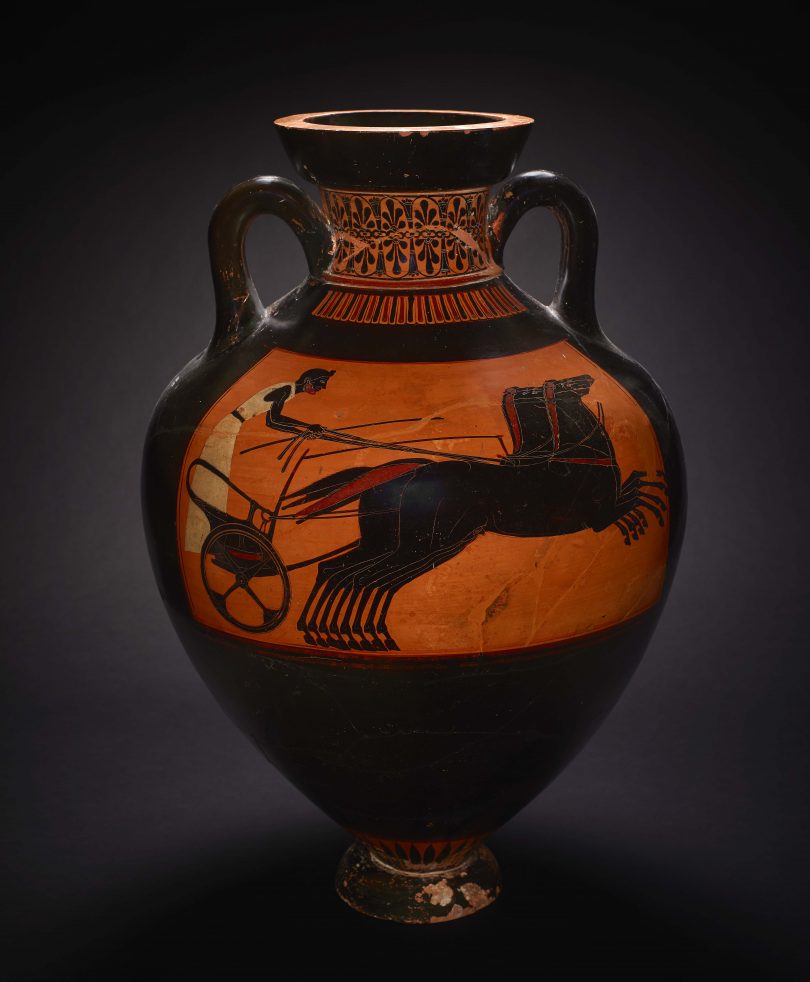 Dr Trinca thanked the British Museum and partner institutions, and said the unique collaboration is a model for future agreements, allowing cultural institutions to pool and harness their resources to deliver shows of this type. world class to their audience.

“ Ancient Grecs: Athletes, Warriors and Heroes ” is the fourth in a series of exhibits at the British Museum which have been shown at the National Museum of Australia, following “ Encounters: Revealing Stories of Aboriginal and Torres Strait Islander Objects from the British Museum ” (2015), “ A history of the world in 100 objects ” (2016) and “ Rome: city and empire ” (2018).

British Museum exhibition curator Dr Peter Higgs said touring the exhibition was a critical task in the face of a global pandemic and the immense challenges it has created.

“As with any loan from the British Museum, great care is taken to minimize any risk to the collection,” he said.

“It takes a lot of planning and work on the part of curators, conservators, object managers and loan coordinators to ensure that objects can be transported and displayed safely and securely.

“Following the COVID-19 pandemic, we have had to make changes to installation practices, but we are confident that all the appropriate processes are in place.

“We hope you can go see the ‘Greeks’ and immerse yourself in the stimulating tales and beautiful ancient artefacts.”

The exhibit will first visit Perth at the WA Museum Boola Bardip in June, before moving to the National Museum of Australia in Canberra for its only exhibit on the east coast. He will then move to Auckland, New Zealand.

“ Ancient Grecs: Athletes, Warriors and Heroes ” will be on display at the National Museum of Australia in Canberra from December 17, 2021 to May 1, 2022.

Elon Musk’s Mars ambition could be the ...