The exhibition presents a collection of 747 artefacts of different styles and designs of jewelry such as bracelets, necklaces, earrings and necklaces as well as coins and gold leaf decorated with royal cartouches.

Most of the exhibits were unearthed in Luxor Temple and Sohag White Monastery, while other artefacts were found in different archaeological sites.

The objects vary from a set of gold bracelets found in the Luxor temple between 1966 -1968, and a braided gold bracelet adorned with a serpent’s head and four circles that were unearthed by a French mission in Luxor. They also include a pair of gold earrings, one with three earthenware beads and the second with five gold beads. A gold ring for a child whose top was shaped like a beetle is also among the items on display. These were discovered by an American-Dutch mission in the Baranis region of the Red Sea.

Gold shell found at Gurna, a group of rectangular shards bearing cartouches of King Ramses XI, and a votive column with 29 gold coins found in the region of Draa Abul Naga and a clay vessel from the Greco period. Roman, discovered by a Spanish mission archaeological site, are also on display.

The exhibit also includes 690 pieces dating from the Roman and Byzantine eras, found in the White Monastery of Sohag, and four gold dinars from the Umayyad era written on the front of each: “There is only one God” , found in March Mena Monastery in Nakada.

It also presents the treasure of the White Monastery of Sohag. It was called the White Monastery because of the color of the stones used for its construction. It dates back to the 4th century AD. It currently includes a church consisting of a central nave surrounded by three wings, preceded by a structure consisting of three large semi-circular niches whose walls are decorated with painted religious scenes. 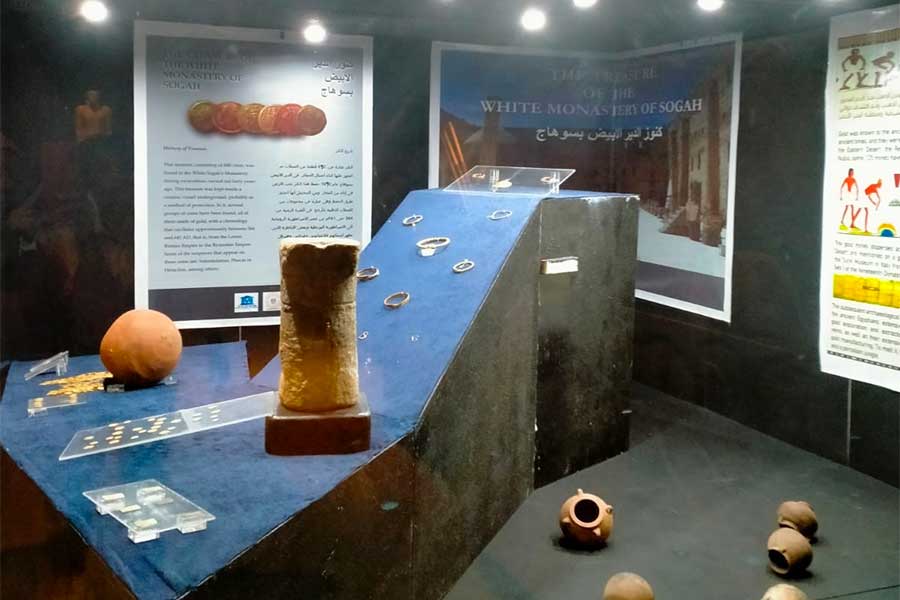 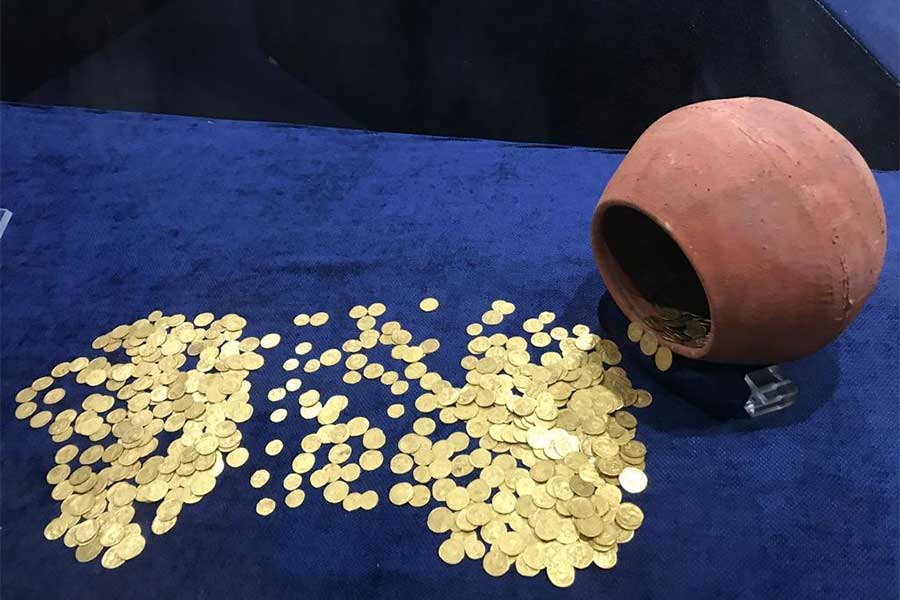